I awoke on possibly the most uncomfortable couch on planet Earth this morning. Collapsed there after staying up most of the night keeping an eye on Violet. She doesn’t say a lot, our Violet, but she doesn’t need to either.

There will come a time when she is going to need to pull herself together & work out what it is that she really wants & why she chases a new story before she’s finished the last episode. Her whole life is like previews of new beginnings that never really come to life. I think Violet knows what it is that she wants but is too gutless to really chase it. Only, maybe she likes living in anticipation of finally making the right choices.

I’ve been watching Violet for so many years trying to work out the method in her madness but I don’t think there is a clear recipe. She goes about her own demise in so many ways & I don’t know how she continually adds to it without significant destruction.

The uncomfortableness of the couch is what kept me awake really, for hours. Thinking. Violet has so much potential… 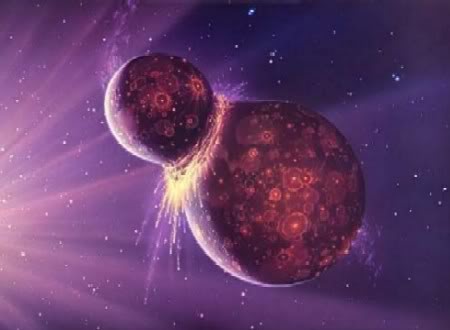 Violet arrived home in the early hours of the morning, took her a good ten minutes to see through her clogged eyelashes to get the key in the lock… She stumbled onto the couch which has become her bed in these heated Autumn days. Leaves have not fallen anywhere near as heavily as it seems Violet has.

Free & frozen under the airconditioning, the shivers of a refusal to take a quilt. Sleep took her at 04:14 & I watched as the horrors of her evening whisked her mashed brain through dreams I knew she could not escape.

Her house dead weighted by the looming loneliness of the small morning hours. Those quiet dark times. I wanted to wrap warmth around her despite her burning skin.

At 05:00am I watched as he laid the quilt softly over her fragile body, the consideration & gentleness was not lost on her & appreciated though she was caught lightly in her dream state.

A lingering aroma of tobacco & night air woke her 30 seconds before her alarm & she found her eyes filled with steamy, stinging tears.

07:04am the shower runs – a heat rises in her head – headache. Neckache. Backache. Heartache. “The Couch” she whispers to the running water. The silver stream engulfs her face and for a minute I am unable to distinguish between the river of water & her tears. A deep breath almost chokes her as she lathers up her thinning hair, more of it disappears down the drain & the water turns blood red then midnight blue from her hair dye. She has not opened her eyes but I can see the tears roll down her soft, battered cheeks as she turns her back on the water to wash out the suds.

Violet’s eyes open. She looks me dead in the eye & she shatters me with “this is tearing me apart…the only things that end never truly begin…” I rest my lips against her forehead – that’s as close as she will let me to her. I am put to the side for the remainder of the morning…

Overseeing a garden is a strange business. This summer so many friends have withered, even those that seemed the strongest & the healthiest were stricken with the unrelenting heat of summer. Brought smiles to my eyes when I saw Jac standing tall & blooming her way through December though. She can always be depended upon. Tall & strong.

Next year such carnage in the garden will not be tolerated. I will be prepared. 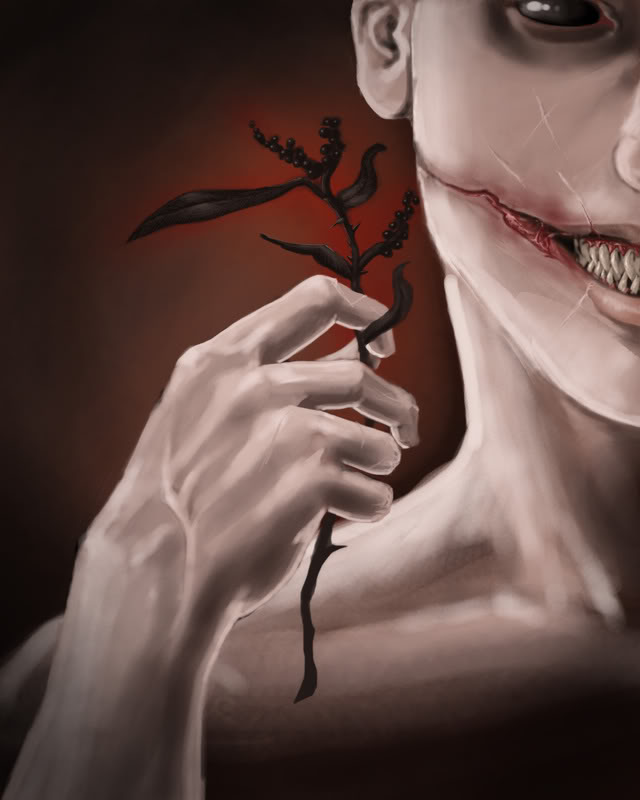 Whispers told me Violet was not well today. What I found when I got to her was not what I expected. What I found was her in the garden with one hand in a bird bath & the other holding a dead sparrow… I do not think the bird bath went as Violet had planned. I am sure the bird fought the good fight, which is exactly why Violet had to fish it out; she has busy trying to do the same. I hope it all plays out for her though & she fairs better than that soaked & silent sparrow. Some days I have my doubts.

Violet spotted me slink through the gate to watch her.
‘Hey – Merry Fucking Xmas” she quipped.
“Yeah – looks like it” I replied
“Can you imagine having wings & ending up here?” Violet chirped at me

Final result of the bird bath is an empty clay bowl on a stand & a fresh mound in the ground between the Jacaranda & the Jasmine. Not far from the compost & not much different really either.
“One day” Violet mumbled,
“I hope there’s someone there to find me & bury me between the trees & beneath the sun.”

I figured it was sort of thrown out there for me to hear but I did not reply. What do you say to that? I am sure she knows what she is talking about, she plans ahead this girl. It seems all pretty black & white to me the whole life & death thing. You should just live until you can’t anymore. Violet assures me that is all she is trying to do. It is the fact she has to try that I struggle with.

We sat by the disturbed ground between the trees & Violet mentioned she had seen Digger & Peachy a few days ago. They had walked in while she was having coffee somewhere insignificant (bad coffee, though she did mention…) How estranged. Clear she has so much unsaid that will remain that way forever. The words are always so full of double meanings that I think she loses herself in them & in the end she is never sure what was said at all. Defence mechanism?

What in the world do you do when that one & only describes life as better without you? That it is easier, quieter, nicer, less of a struggle. Even though you are sure they enjoyed every small moment of that struggle for years? Those small moments where people are created & destroyed; what could there be left to say? I asked Violet & she could not answer but I know she has a head full of things she wants to get out, most of which are questions (what’s new?)

Questions, always questions with Violet – it would be so much quieter around here if she just listened in the first place. She is so afraid that there is something someone is not telling her like a joke of which she has been left out. She is terrified she is the joke & they are all laughing behind her back. They are not & there is no telling her that, whether she questions it or not.

Digger sure did shovel out a hole in her – enough to fit a planet of dead sparrows & water all the same. She desperately tries to fill it in each day. There is blame on both sides of course – but my feet are firmly planted here between the Jacaranda & the Jasmine – I wouldn’t want to be anywhere else. 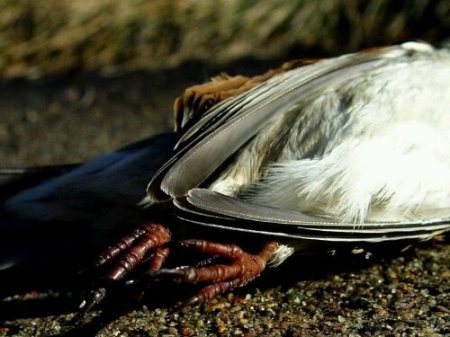 G’day April, love the blog, very creative in an emotionally expressive way. Maybe I read it back to front (that would be impressive lol), but I picked up on some grief & loss, some soul searching and a hint of self doubt/frustration. Or I’m just reading too deeply into your creative writing. I’m rambling, forgive me. Look after yourself.
Always,
Troy xxxooo

I tried to explain to Violet today that her feet would be much better planted firmly ON the ground instead of IN it but she would not have a bar of it. She eats an unhealthy amount of gherkins & I think it has turned her blood into vinegar. I cannot seem to find any of the sarcastic warmth in her that she used to bounce back at me. Just pure acid. I am not entirely sure how much to be concerned…

Violet is hiding in a winter snap at the moment. That is to say, I am getting the cold shoulder so I choose to assume she has just got the air-conditioning up too high & thinks it is winter…..

I am not at all envious of the shit she has going on at the moment. The fake smiles were beginning to make me sick until they stopped altogether. Now I get this broken mirror image of a girl I used to know. Only a few days ago we were chit chatting about the Jacaranda’s out in bloom this November. You never even know just how many of them there are until November comes running. What a strange tree to be blooming in the summer rather than the spring. Violet’s local streets are carpeted with purple, an amazing glow that even she has to stop & appreciate despite her treacherous state of mind.
“Soon it’ll just be a dry brown mess I have to sweep up” she quips.

Violet has a baby Jacaranda in her back yard. Its branches are limping with the weight of the bright purple flowers. So many of them for what appears to be nothing more than a stick of a tree. That makes no sense to me but Violet is unperturbed;
“How else do you have something as special & complicated as a summer flower without the comfort of a branch to hold it up?” she asks
“Everyone needs a branch even if it is just a small one.”
I get frustrated with her talking in circles & scowl at her. Violet shrugs & continues,
“Cut it down if you’re so worried about the branches. But no one worries about them you know. The supports & the foundations, or who’s going to clean up the mess. All they worry about is how beautiful the flower is when it blooms”
I wanted to smack her & I very nearly cut the flowering Jacaranda down until I realised I would only be cutting off my own limbs & then, what use would I be to Violet? 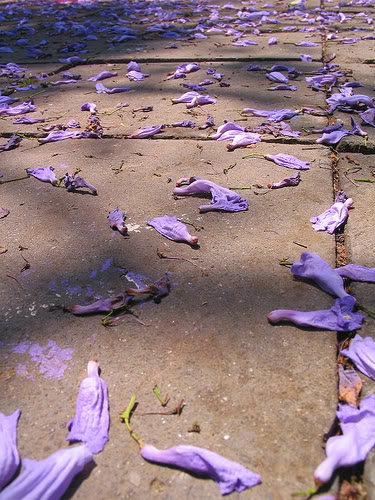 I caught Violet out today burning old letters in the backyard. This comes as no surprise to me as she is a painful, passionate little thing. With no expectation of an answer I asked;

“Why are you burning them?”
“Because life is peachy without me” she snapped
Clearly she had been listening intently to way too much Missy Higgins – or so I thought.

We stood around her little bonfire for quite some time before she spoke again. I did not need to know whose letters they were because I had made my guess & was correct.
“He has no conscience. How can anyone act that way – like nothing ever passed between us, like no unspoken treasures existed between our hearts?” Violet begged at the fire for the answer but nothing came.

Why she felt she needed to burn such ancient letters, quite probably from many years ago, in order to find the answer I was not going to ask – I did not want to end up on the fire myself. There was enough fire in her eyes to burn the pages without a match but there we were with an ever growing, glowing explosion spitting words back at us from the pages. I could make out words in ashes like;
“Love”
“Promise”
“Future”
“Cat”
“Dream”

I tried to grab one back from the pyre but Violet quickly snapped back my arm from my elbow;
“Don’t! The words need to burn. They need to disappear like the years.”

I guess they don’t call her Violet Ashes for nothing….